Close
CLOSE
close
Back To Top 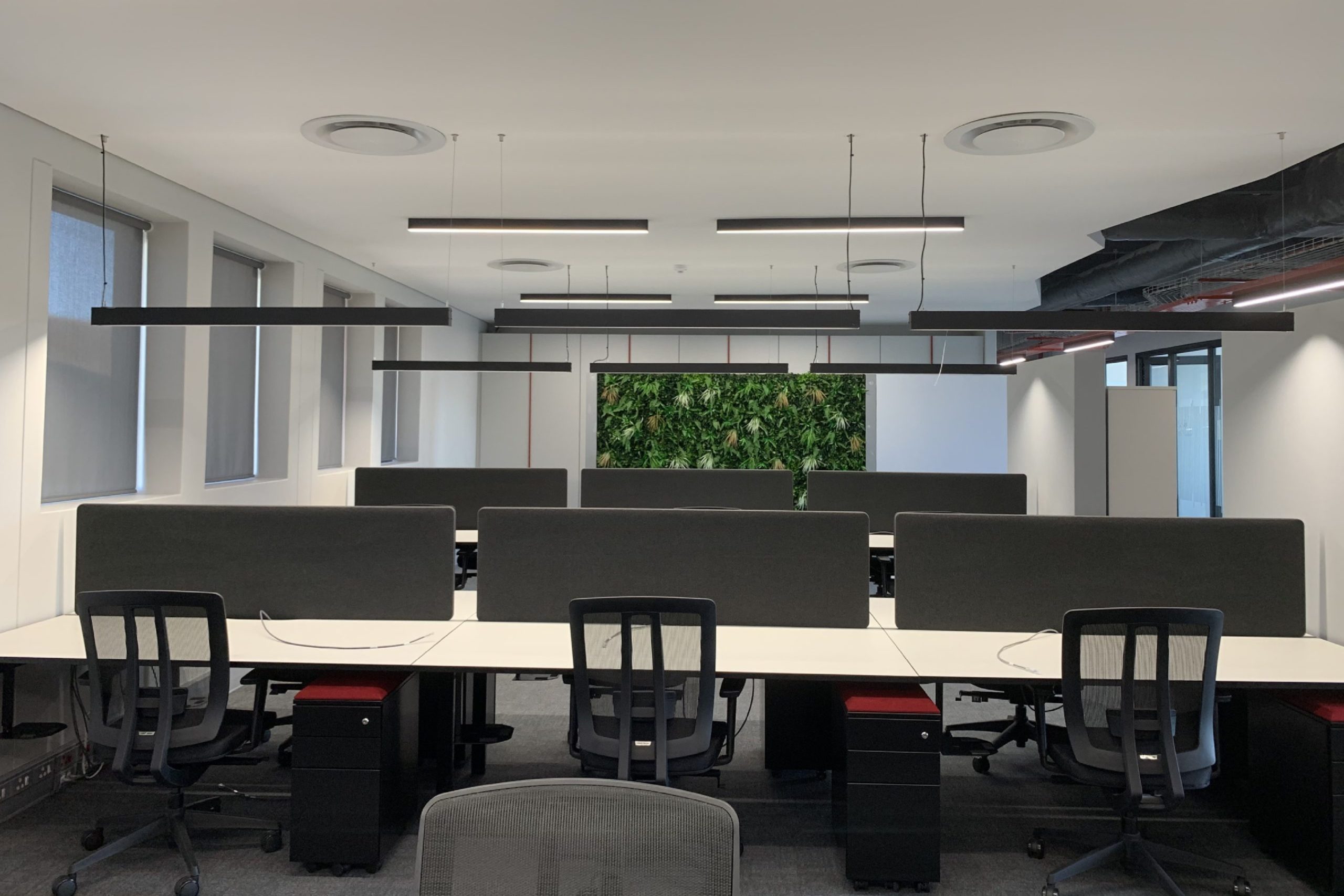 That is the issue – and a vital one as well! While arranging your space, particularly in the light of current restrictions, does an open plan workspace uphold the life span and security of your working environment?

Unless you’ve been living under a rock, you know that open-plan offices are all the rage in workplaces across the U.K. and U.S. They bring up visions of aesthetically pleasing spaces with rows of desks stretching as far as the eye can see, coworkers collaborating over foosball, and small groups solving problems over coffee in beautifully decorated meeting nooks. But are they good for business?

If you’re considering an open office plan for your company, there’s a lot to think about. Open-plan offices can encourage collaboration in some ways, but reputable studies find they can also discourage person-to-person interaction and increase employee distractions. Before you switch to an open office plan, it’s important to weigh the pros and cons.

What Is an Open-Plan workspace?

An open-plan office is a workspace that takes advantage of open space, rather than closing off employees in cubicles or offices. In an open-plan office, you’re likely to see long rows of desks with little or nothing dividing them. Open offices also tend to have spaces where employees can congregate or change their environments, such as lounges with couches, or open kitchen areas with plenty of seating.

In trendy tech workplaces, open concept offices also have areas for recreation and entertainment, such as Ping-Pong tables, craft areas, media rooms and libraries. These spaces are meant to encourage employees to connect and get creative.

Advantages of an Open-Plan Office

There’s a reason open offices have become such a huge trend. According to their proponents, they promise collaboration and increasingly close-knit teams that can solve complex problems together. Plus, the savings on office costs don’t hurt either. If you’re thinking about implementing an open office plan, take a few moments to go through the advantages to learn what you can gain from going open.

One advantage to open office plans is that they save money on office setup costs. According to Capterra, setting up 50 standing desks for an open office plan costs R290,000 compared with R975,000 to set up 50 cubicles. That’s more than twice the cost for cubicles. There’s no doubt you can fit more people in a smaller space with an open office plan, and that comes with significant savings for a business.

Open office plans can make employees feel closer and interact more, depending on how they’re set up. Past research at the MIT Media Lab found that the closer coworkers are situated physically, the more likely they are to interact. Other research found that employees from different teams are nine times more likely to interact if they sit on the same floor.

What does that all mean? Putting employees close together encourages interaction between them. Unfortunately, it also means they mostly interact only with people who are in direct proximity to them, which can silo teams from one another.

Employee interactions become a lot more transparent when you move into an open-concept office space. Everyone can hear everything in an open office, which means there’s a lot less space for secretiveness. It can also bring a sense of equity and unity when employees are situated next to managers. This can create more comfort and trust between employees and their managers, as everyone appears to be at the same level in an open office.

Another pro of open-plan offices is that you get a lot of flexibility with your space. If things aren’t working, and productivity is falling, you can change the concept and layout or have a team move to a new area of the office to encourage cross-collaboration with other groups they rarely interact with. Bottom line? There’s a freedom to an open office layout. It’s a blank slate, and you can reimagine it whenever or however you want.

Disadvantages of an Open Plan office

Open office concepts are increasingly controversial in the business world. Recent open-plan office research studies have found that there are significant disadvantages to opening things up. These studies, of course, are often met with pushback by open-plan advocates. In reality, there is no perfect office plan that works for every company. Different organizations have different needs. However, if you’re thinking of setting up an open office plan, it helps to think about the drawbacks, too.

One reason open office plans have exploded in popularity is the promise of increased collaboration, creativity, and communication among employees. Unfortunately, that ideal hasn’t been the reality. A recent Harvard Business Review study on open office plans found that face-to-face interactions declined by 70 percent after the firms switched to open offices, while electronic interactions increased.

In reality, the lack of privacy and the norms of office etiquette seem to discourage employees from engaging in person with open offices. Nobody wants to distract 30 of their closest coworkers or carry on a private conversation in front of eavesdropping ears. So, it seems that open concepts can discourage collaboration and communication, rather than bolster it.

Thanks to the lack of privacy, there are many distractions. Past research found that employees in open office plans lose an average of 86 minutes a day to distractions. One conversation, even at a low volume, can distract upward of 20 employees. There are also visual distractions to contend with, including coworkers walking around, getting up to stretch, leaving to heat food, and congregating nearby.

Employees in open environments need to go to great lengths to protect their focus, whether that means putting on over-ear headphones, leaving a “busy” sign on their desks, or leaving their desks altogether to find quieter places to work. These coping techniques create separation, as employees become wary about approaching their coworkers.

Losing those 86 minutes per employee every day to distractions in open offices isn’t great for productivity. As employees lose productivity and face mounting distractions, they also lose passion for their work. This can create a staff that’s unproductive and lacks engagement, not to mention job satisfaction. A recent Swedish study from the Scandinavian Journal of Work, Environment and Health found a negative relationship between the number of employees in an office and job satisfaction. Basically, the more people you cram into an office, the less satisfied they feel at work.

Having dissatisfied employees means your business could be losing money from an open office plan. Sure, you might save money on desks, but losing 90 minutes a day of productivity from every employee in your workplace likely costs more than you save skipping the pricey cubicles.

A less discussed downside of open-plan offices is that employee health can suffer. Being in close quarters means sharing germs. A recent study published in Ergonomics found that employees in open office spaces take 62 percent more sick days than their counterparts in single-person offices. This type of absenteeism can have a dramatic impact on businesses, especially small businesses. In today’s world, with the way we work and live changing, more companies will no doubt be thinking about how healthy it is to keep employees in close quarters, and how they can keep their workers safe in an open office environment.

Sorry, no posts matched your criteria.